Page 1 of 1
This article takes a look at the LAN network cable media that is typically installed in most environments and the different connectors that are often used.
Like this article? We recommend 

When coming into the networking or Internet Technology (IT) field, it is often overwhelming, this is because there are so many different things that are expected to be known upfront. A common entry position is user support; this position requires that the individual have at least decent personal skills and at a minimum, a working knowledge of the systems the users utilize. These systems often include an operating system, a workstation, and a LAN connection to internal networking resources. This article takes a look at the LAN network cable media that is typically installed in most environments and the different connectors that are often used.

The most common type of cable is Unshielded Twisted Pair (UTP); as the name suggests, this type of cable includes an unshielded media that includes twisted pairs. Specifically, UTP includes four different pairs of copper cables that are each twisted together; the twisted rate depends on the specific category of cable. Figure 1 shows an example of UTP cabling: 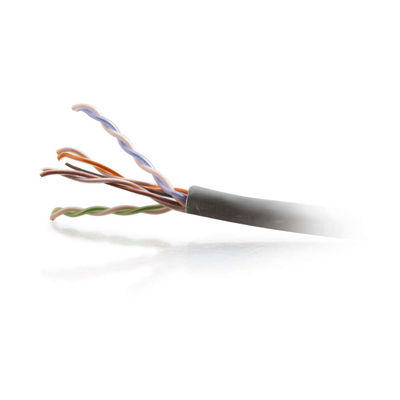 Most networks in the last 15 years or so have included UTP cabling that is at least rated as category 5; this cabling supports Ethernet data rates up to 100 Mbps. On modern networks that have been deployed recently, it is common to install at least a category 6 cable with support for up to 1000 Mbps; Table 1 shows a short list of the available UTP categories and their supported rates.

Another type of twisted pair cabling includes a shield that is used to both contain and protect the different twisted pairs from interference. This type of cabling is not commonly seen in modern LAN networks deployments at the time of this writing; however some newer very high speed Ethernet technologies may require a cable that has a shield and thus will be shown here.

The term STP can include a number of different cable types which all include a shielding mechanism. Some cable types include a shield only between the different twisted pairs within the cable and others include various shielding types both around the pairs and the whole cable; the specifics will not be covered in this article. Figure 2 shows an example of an STP cable that has a shield between the pairs and the whole cable: 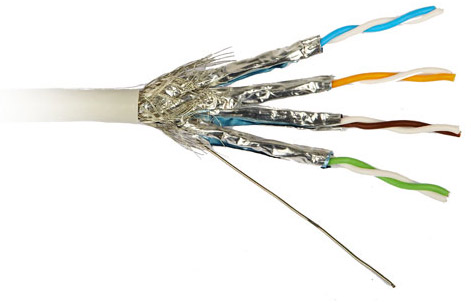 A very common type of fiber connection is Multi-Mode fiber (MMF); this type of cable uses light to transmit signals between devices and is thus not susceptible to electrical interference. MMF cables use a larger internal core diameter (typically, 50 µm or 62.5 µm) and can utilize lower cost LEDs for transmission; this is both an advantage and a disadvantage. While the larger core diameter offers a cable that supports multiple modes and a cable that is easier to work with (light coming into the cable is allowed to come in at multiple angles), it is also limited by the same factors in terms of total useable cable length. MMF cables are typically only used for connections that are less than 2 kilometers in length; this also makes it a very common cable in LAN deployments. Figure 3 below shows an example of a MMF cable: 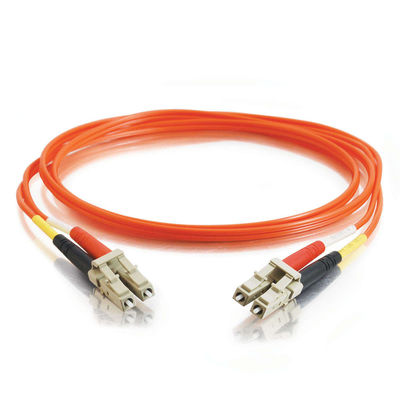 Like Multi-Mode Fiber (MMF), Single Mode Fibers (SMF) transmits signals via light and is not subject to electrical interference. The difference between SMF and MMF is in their physical characteristics; a MMF cable has a large core diameter and is able to accept a number of different modes that come into the cable from multiple angles, SMF has a much smaller core diameter (typically 8-10 µm) and accepts signals coming in from a specific angle and on a specific mode. The specifics of how the light propagate within the cable are really outside the scope of required knowledge of an entry level network engineer/administrator; what does need to be known is that MMF is typically used for shorter cable runs (up to 2 km typically) and SMF can be used for cable runs of very long distances (typically up to ~40 miles without repeaters depending on wavelength). Figure 4 below shows an example of a SMF fiber: 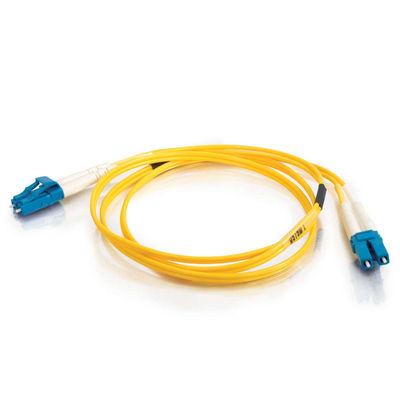 With all the different types of cabling come a number of different cable connectors. This section takes a look at the most common cabling connectors.

The cable connector that is found on almost all UTP and STP cables is a Registered Jack 45 which is mostly commonly referred to as RJ45. This type of connector resembles the older RJ11 connectors that most people are familiar with from wired telephones. Figure 5 below shows an example of a RJ45 connector: 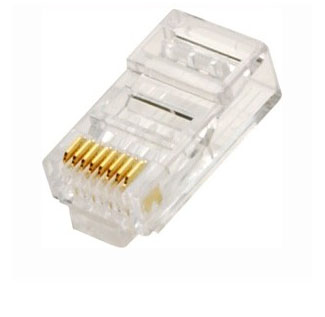 The Straight Tip (ST) connector is often seen on the end of a multi-mode cable; it has been commonly seen along with the SC connector for the last 20 years but is being slowly replaced by multi-fiber connectors (LC and MTP). Figure 6 below shows an example of a ST connector: 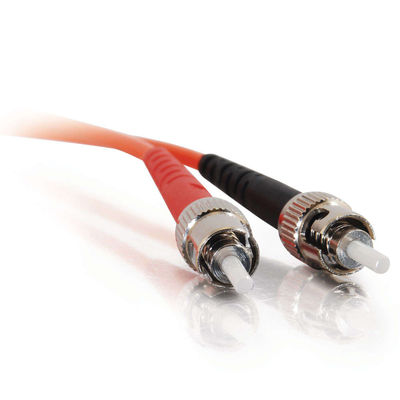 The Subscriber Connector (SC) can be seen commonly on MMF or SMF; as with SC connectors, the ST connector is slowly being replaced by multi-fiber connectors. Figure 7 below shows an example of an SC connector: 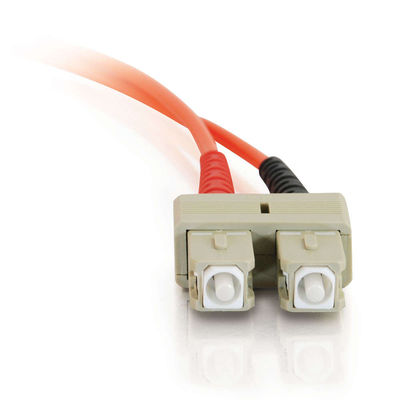 The Lucent Connector (LC) was developed for high-density deployments where multiple fibers would be terminated within a confined space. Unlike the SC and ST connectors, the LC connector is always duplex connecting a pair of fibers at a time. Figure 8 below shows an example of a LC connector: 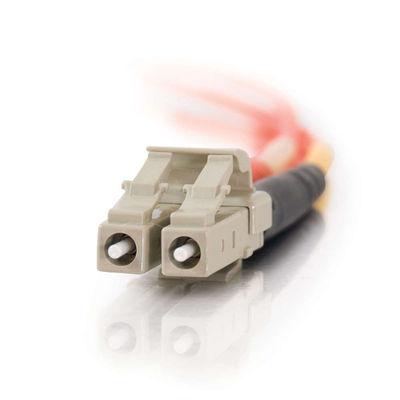 The Multi-fiber Push On (MPO) connector is another duplex connector that offers an easy options for connection. As the name suggests, it was designed to be able to be connected multiple times without the creation of any potential connector issues. It is often also referred to as Multi-fiber Termination Push-on (MTP); the MTP connector is a brand name (US Conec). Figure 9 below shows an example of an MPO connector: 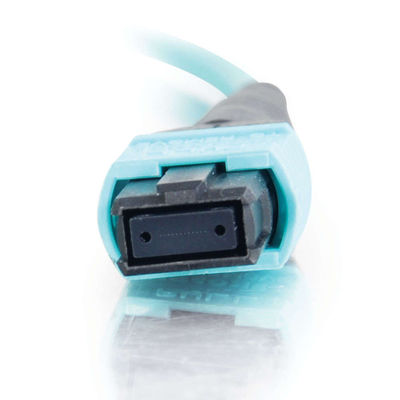 It does seem very basic, but knowing the different cable and connector types is an important part of being a network engineer/administrator. This article is targeted to those individuals coming into the field and looking to be more knowledgeable of these different cables and connectors and how they are used. Hopefully the content of this article will help give a starting point in these studies and make entering the field just a little easier.